Log in for access to advisor-only resources including fund commentaries, market insights and practice management tools and resources

For access to client accounts and the ability to manage your book of business, visit BNY Mellon's AdvisorCentral™ 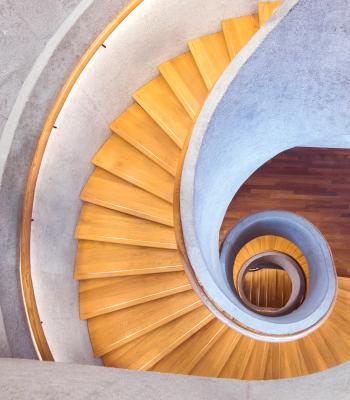 March Madness in financial markets led to solid gains across equities and even pushed Small Caps to the top of the brackets; bonds dropped off the leader boards

Initial Claims Tick Up, but Labor Market Continues to Improve

Weekly initial jobless claims for the final week of March increased to 719,000, from the prior week’s very strong 658,000. Despite the minor increase, and that claims remain well above the 2019 average of 220,000, the downward trend remains intact (Figure 1). Moreover, other indicators provide further evidence that the labor market is improving. The latest U.S. ISM Services PMI soared to an all-time high of 63.7. This follows March’s U.S. ISM Manufacturing PMI hitting the highest level since the early 1980s. The faster-than-expected revival of both sectors has filtered through to March’s employment report, which was substantially better than anticipated across industries, with nonfarm payrolls climbing to 916,000 and the unemployment rate dropping to 6.0%.

The Biden administration’s tax proposal seeks to increase the corporate tax rate from 21% to 28%, repealing about half of the decrease from the 2017 Tax Cuts and Jobs Act. Consensus believes that the hikes will be meaningfully smaller (around 25%) than those proposed, due to Democrats’ slim majority in Congress and moderate Democrats who do not want excessive tax increases. As a result, the increase in tax revenue likely will not be enough to pay for the costly infrastructure plan plus the other stimulus that is expected to come; thus, the deficit will likely increase even further. This brings some investors to worry that increasing the deficit after the extreme spending measures brought upon by the pandemic can likely lead to greater inflation.

The bullish narrative of a of V-shaped recovery is the current consensus; but even if this is true, the market is always forward-looking and already may have priced in a lot this positive news. As the population continues to be vaccinated and both fiscal-stimulus and tax-return checks get deposited into people’s bank accounts, consumers are likely to increase spending to the point where supply may be strained, potentially causing an increase in prices.

The Federal Reserve’s meeting last Wednesday gave us some insight into the expected path of inflation over the coming years. Currently, the driving forces of inflation are aligned and, in our view, potentially can cause a change of regime. Since the speed of the recovery has been much faster than most investors and policy makers expected, the U.S. economy is likely to reach pre-Covid output levels in the coming second quarter. The strength in demand will likely lead to sustained inflationary pressures.

The Economy and Bond Yields are Booming

Let’s start with the good news: the Philadelphia Fed manufacturing index surged 28.7 points to a whopping 51.8 in March. It is the best print going all the way back to the 58.5 from March 1973. Every component jumped, and by a lot. Now to the bad news, but only for its speed: the 10-year U.S. Treasury note yield jumped with excitement at the surging economy. Rising yields – especially so fast – are a big lever sending money out of growth stocks and into value stocks. This is not a forecast; it is simply math accounting — higher rates make “long duration,” high P/E stocks less valuable, and benefit “shorter duration,” low P/E, value stocks. To wit, the year to date performance of the Russell 1000 Growth index is -0.60% versus the Russell 1000 Value index YTD performance of +11.4%. The bottom line, as they say, is that a surging economy is good for corporate earnings growth — the key to higher markets over time.

Over the past year, we have seen the fastest increase in U.S. home prices since before the global financial crisis (GFC). Although this may worry some investors, we do not think it should be an issue, primarily for the following reasons. First, credit availability is not what it used to be. Regulations promulgated after the GFC made it much harder to qualify for mortgages, especially for “affordability products” such as FHA loans. In the years leading up to the housing crisis that precipitated the GFC, almost 40% of mortgages were affordability products. By contrast, that number today is closer to 2%, meaning there are now many more “qualified” mortgage borrowers. Second, in the mid-2000s, single-unit completions were at an all-time high, which led to excess supply. Today it is much harder to find new or existing homes for sale, as supplies of both are at all-time lows. This low supply is an important reason home prices have increased. Third, leverage in the housing market is at a 25-year low, another factor that has reduced mortgage risk significantly.

Nonfarm payrolls added 379,000 jobs in February; the prior two months were revised upward by 38,000. The leisure and hospitality segments were significant gainers after big losses two months ago. February unemployment read 6.2%, below the prior reading of 6.3%.

The Bull Market Has More Room to Run

As we have previously mentioned and as you’ve probably heard elsewhere, the volatility in the fixed income markets from rising yields has been spilling over into the equity markets. Although the water may be choppy, it is quite normal and to be expected that yields increase when the economy is starting to see signs of normality, while expecting another large injection of fiscal stimulus within the next month. But rising yields do make it harder to justify the elevated multiples of technology companies, whereas they improve the prospects for financials; and leisure companies such as hotels are improving thanks to broadening vaccinations and the likelihood of easing travel restrictions.

The Market Votes, the Federal Reserve is behind the Curve

On Thursday, Federal Reserve Chair Jerome Powell stated, in an attempt to soothe the markets, that it is “…unlikely that [sic] deeply ingrained low inflation expectations will suddenly change.” The context of this statement, which reinforced the Fed’s commitment to anchoring long-term inflation expectations around 2%, should have sent the ten-year U.S. Treasury yield down. Instead, as of 2:00 PM EST, the ten-year yield hit a new recent high of 1.54%, sending the S&P 500 index down 2%. In my view, Powell’s truer statement was, “I would be concerned by disorderly conditions in markets or a persistent tightening in financial conditions that threatens the achievement of our goals.” As of Thursday afternoon, the S&P 500 was negative for the year.